In Singapore, JTC Corporation is planning to utilize underground caverns at Gali Batu, Jurong West and Tanjong Kling. The project is an effort to release surface land in the space-constrained city. There are also plans to link the proposed new Port at Tuas with these caverns using an underground Inter-estate Goods Move System (IGMS).

A feasibility study, including market analysis, was conducted by Amberg to anticipate future demands for such an underground cavern solution. More than 20 governmental departments as well as manufacturing and logistics companies were interviewed. Based on the analysis, a logistics concept was developed, which resulted in the definition of the design and arrangement of the caverns.

Amberg provided its underground engineering expert consultancy service for the analysis of the cavern concepts with a focus on optimization of their layout, depth, size, orientation and structural support system.

Furthermore, the experts from Amberg used numerical modelling and analysis to optimize the design of standard caverns within the overall facility. They considered the stability, cross sectional shape, maximum span height and distances of the caverns.

Another service of Amberg was the expert consulting for a possible link to the Inter-estate Goods Move System (IGMS).

When built, the Gali Batu Underground Caverns will provide an ultimately usable footprint of 100 hectares. The underground structure will be up to 20 metres high and 20 metres wide. The 800 metres long caverns are going to be connected with cross-caverns. 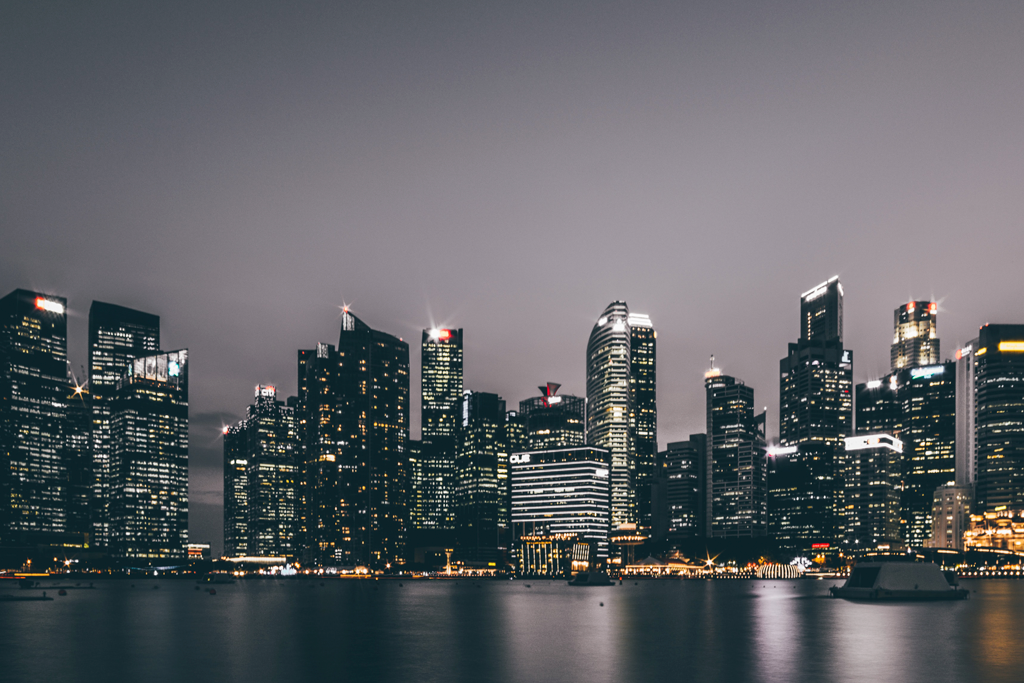 Surface space is rare in Singapore 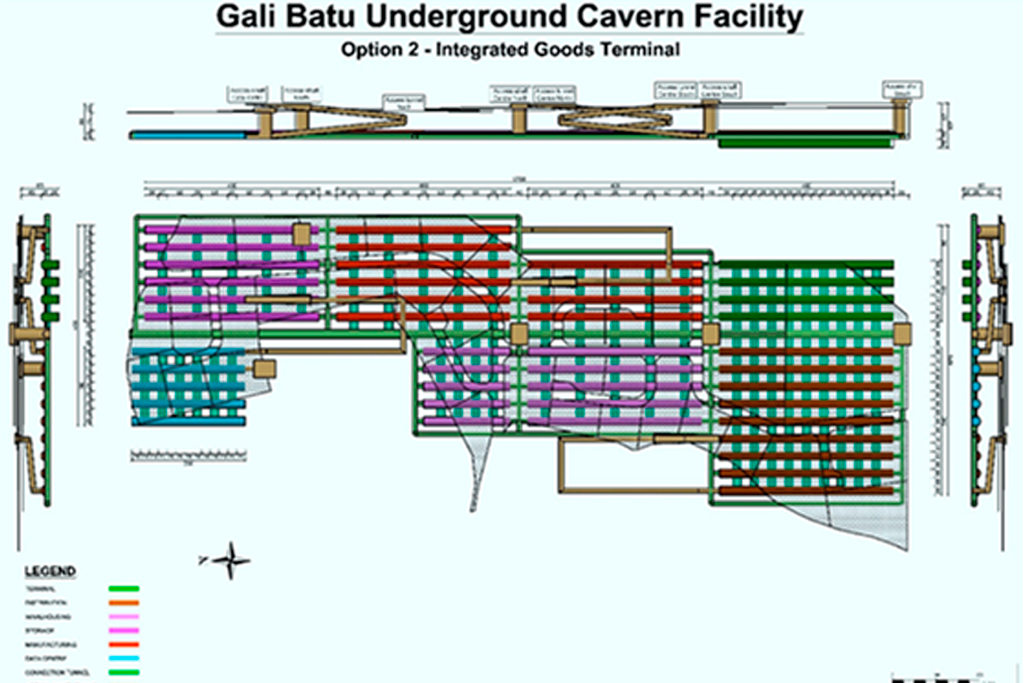 Possible arrangement of the caverns 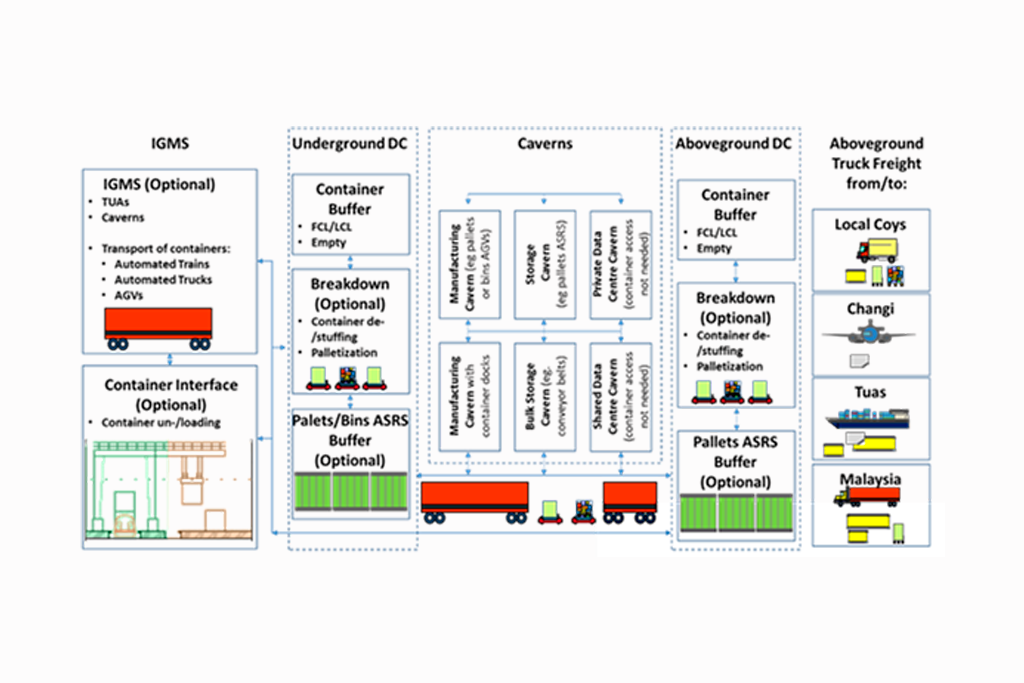 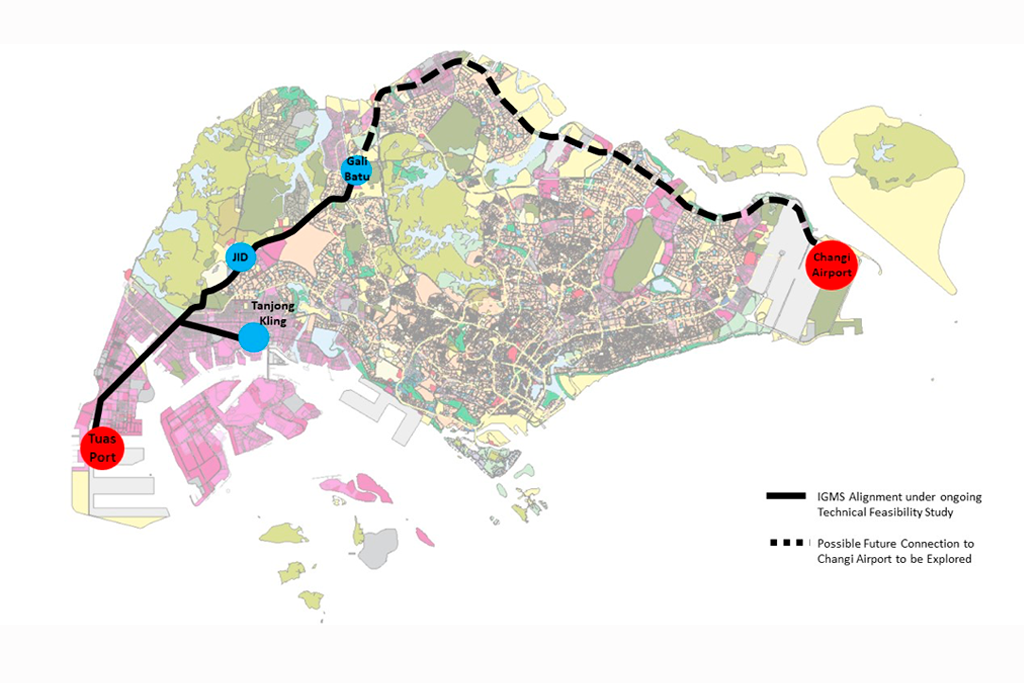 The Inter-estate Goods Move System for the transport of materials in the city state.