Various buildings on the Simplon Pass road from the 1960s were in poor condition and were extensively renovated between 2014 and 2018.

On the 1.7-kilometre-long section there are several structures which were defective, including four retaining walls, two tunnels, three galleries and three bridges. By repairing them, the safety of the road users was increased.

As part of the renovation work, the gallery ceilings and bridge pillars were reinforced, new SOS niches were installed in the tunnels and the carriageway renewed.

All renewal work was carried out without interrupting operations, as no total closures were possible. The tight space conditions posed a further challenge.

In addition to the local site management, Amberg also revised the concept for the measures and commissioned the infrastructure. 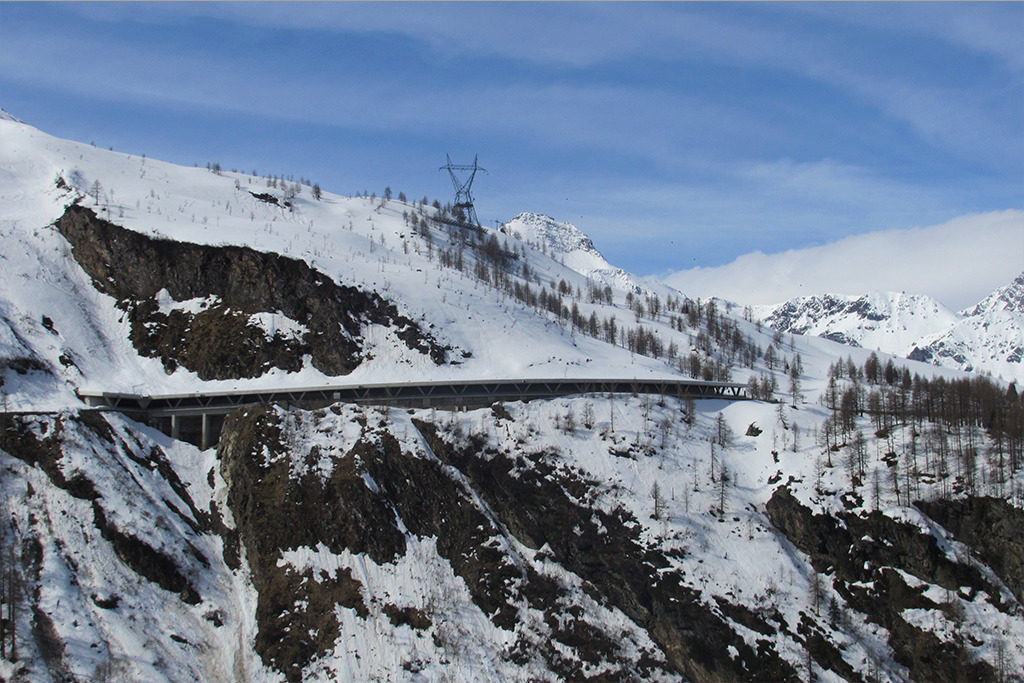 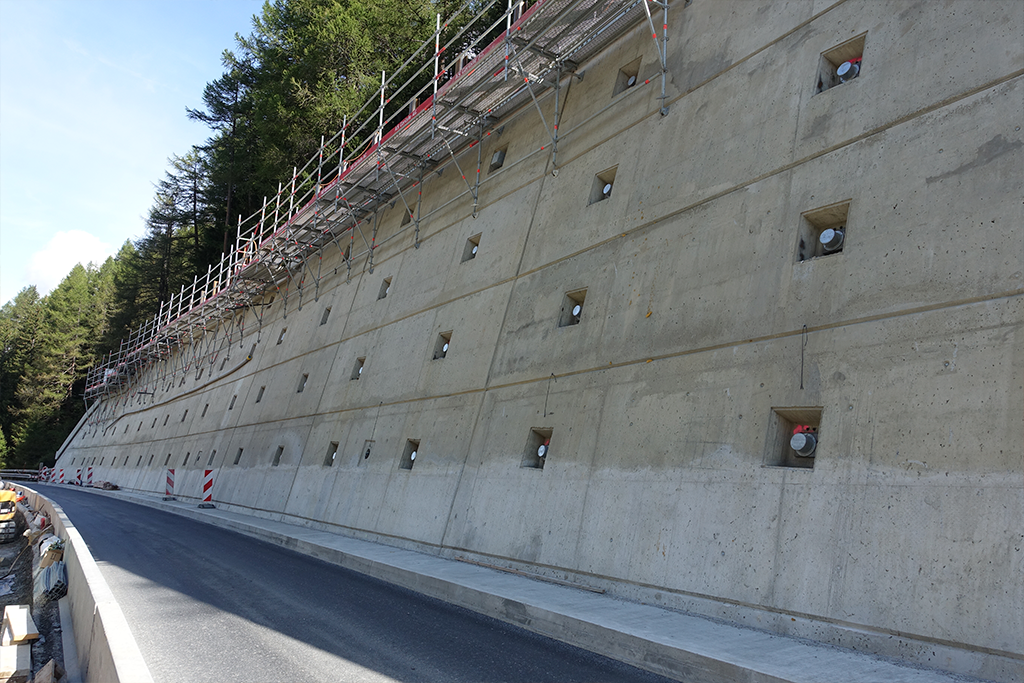 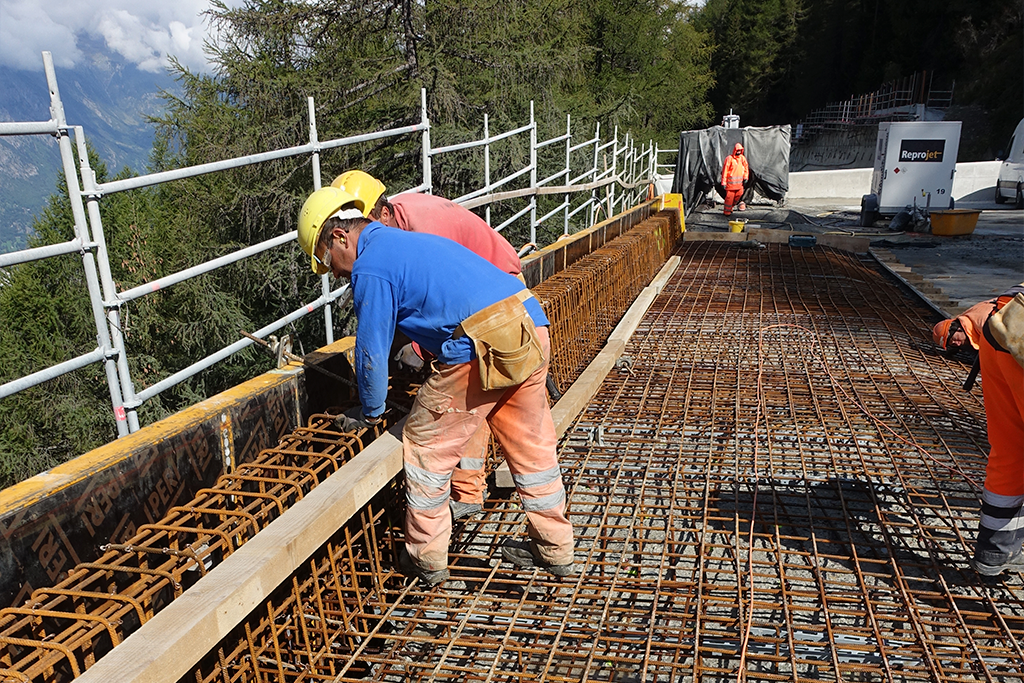 Reinforcement of the ceiling coverings of the Kapfgalerie

Renewal of the guide wall and repair of the columns