The experiment of the "National Cooperative for the Disposal of Radioactive Waste" (NAGRA) was investigating the storage of radioactive waste under realistic conditions in the Mont Terri Rock Laboratory. The installation of radioactive waste was simulated, and the thermal, mechanical and hydraulic long-term behaviour of the bentonite backfill material and the Opalinus Clay as host rock investigated.

The demonstration experiment was used to test methods for the emplacement of waste containers. It was performed on a 1:1 scale, and the emplacement concept for spent nuclear fuel elements was checked. The waste heat generated by radioactive decay and the weight of the waste containers was simulated with heating elements. Over several years, the behaviour of the backfill materials and the host rock under the effects of temperature were observed.

Amberg was responsible for the study of variants of the sealing organ in the preliminary project and also planned additional measures such as injections.

Sources of information about the experiment and images: Website of the Nagra / Mont Terri Rock Laboratory 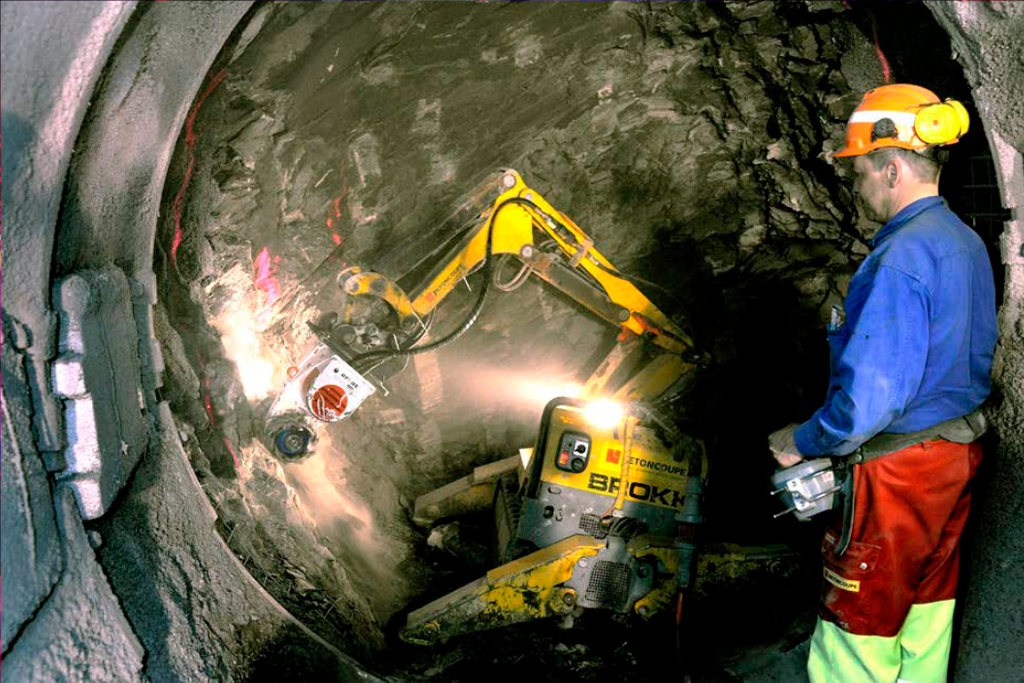 Excavation work in the shaft for the experiment. 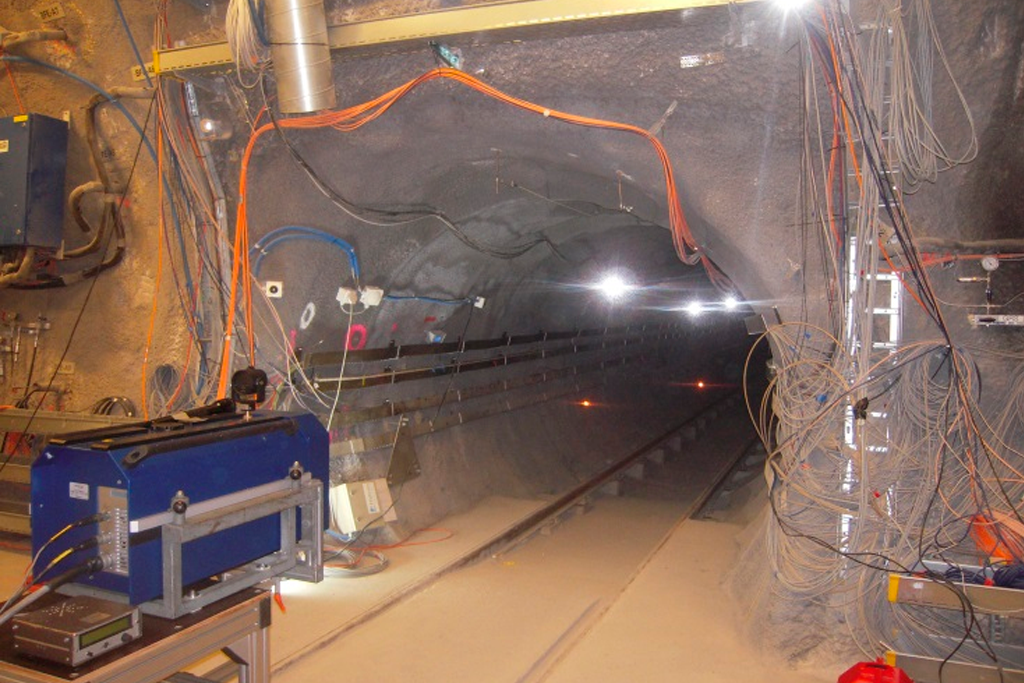 The tunnel just before concreting the sealing mechanism. 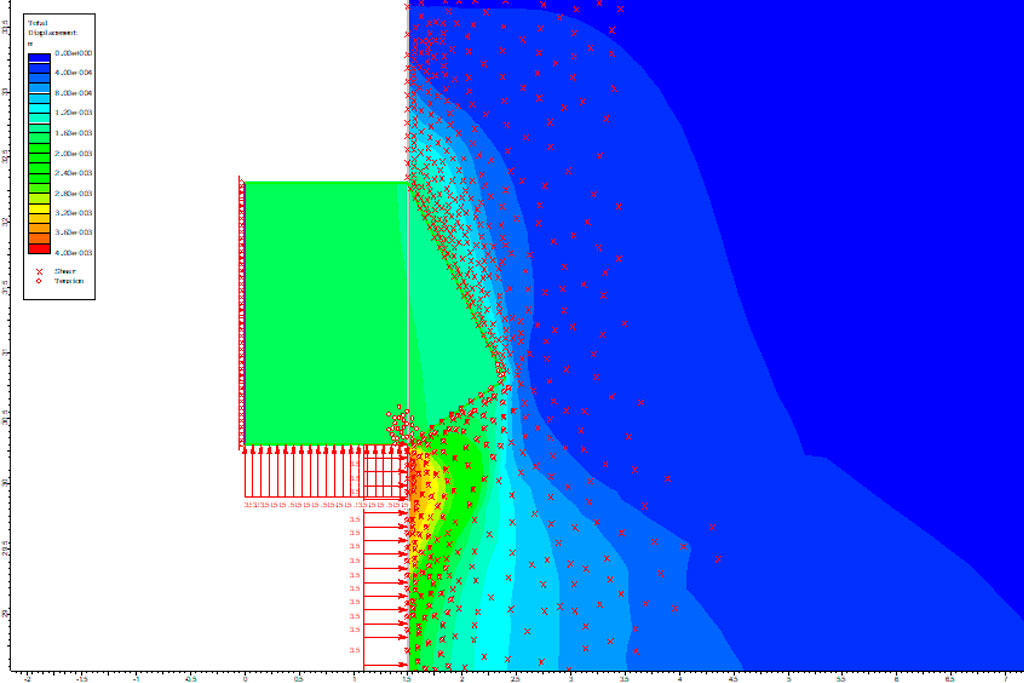 Model of the closure organ from the variant study.