The Swiss A1 motorway, which connects Berne and Zurich, is characterised by a traffic volume of 120,000 vehicles per day and daily traffic jams. The Swiss motorway authority ASTRA has made extensive efforts to increase capacity, improve safety and reduce environmental pollution.

The capacity problems can only be solved by the construction of a third tunnel tube in the Gubrist, which is located north of Zurich. In addition to the new construction, the two existing tunnels will be renovated and enlarged to twice three lanes. The part of the motorway located near a nature reserve was covered.

The experts from Amberg were responsible for planning the ventilation under demanding conditions. They started with the high environmental requirements, continued through the complex project environment, and finally the high volume of traffic and the changing directions of travel. Targets were defined for the ventilation system, such as full functionality in normal operation, safety in the event of an incident and high availability.

Finally, the longitudinal ventilation was planned with jet fans and in the Gubrist tunnel with smoke extraction via controllable dampers. In addition, two new exhaust air centers were built to achieve the set goals. 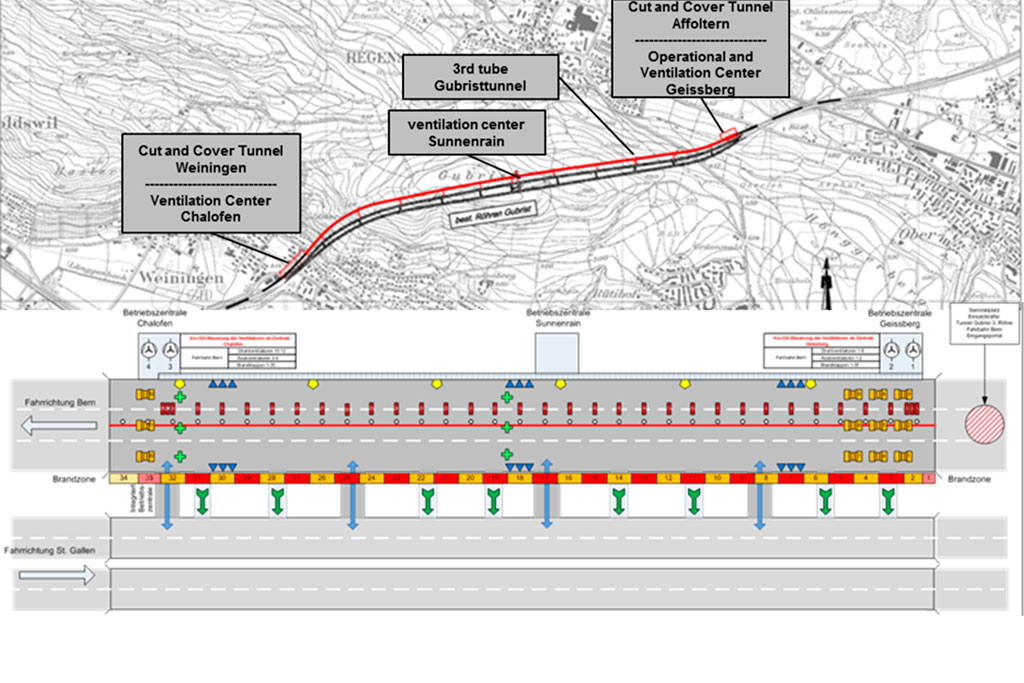 Overview of the ventilation of the Gubristtunnel. 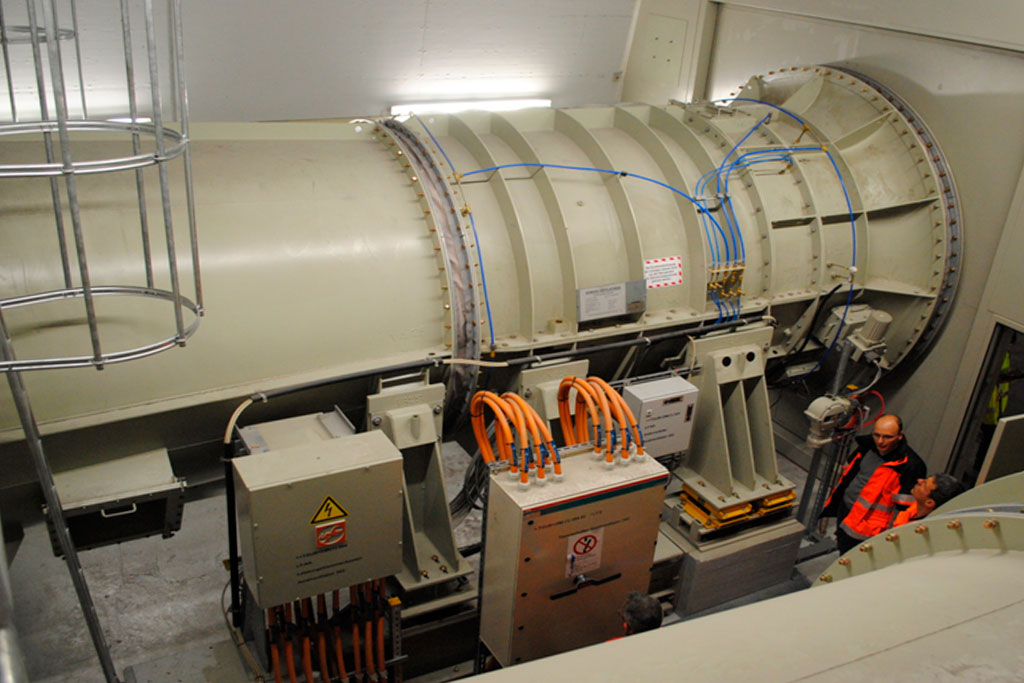 Smoke extraction fan in the existing tube of the Gubristtunnel.

Profile view of the planned ventilation.