The railway track from Katra to Dharam is a 35-kilometre-long part of the railway line from Udhampur to Baramulla in northern India. There are seven tunnels on the section, which are longer than two kilometres. For this reason, they must be ventilated according to Indian regulations. Amberg has planned and implemented the safety and ventilation concept.

The new line connects the Kashmir Valley with the Indian railway network. It is the largest railway project since the country's independence. Dozens of tunnels had to be driven through the tectonically challenging young Himalayas.

The work of the Amberg Safety + Ventilation Team was also demanding. The aim was to develop an efficient and powerful ventilation system that would function correctly in the harsh environmental conditions and have no problems with pollution from diesel trains.

The safety fundamentals are based on the prevention of incidents and the reduction of the effects of such an incident. In addition, the aim was to achieve simple self-rescue of passengers. The infrastructure of the tunnels, the rolling stock and the organisation of the operator had a direct influence on the safety measures developed. These include preventive measures to avoid incidents, such as keeping trains and switches in perfect condition, communication by radio and limiting train access to the tunnels. Fire alarms via CCTV, fire detectors and jet fans along the entire length of the tunnels are used to mitigate damages. The fans are a simple and effective solution under all operating conditions.

In order to increase the chances of self-rescue, various escape tunnels with cross passages have been built and modern signage, lighting and emergency doors have been installed.

The outbreak of a fire in a tunnel has far-reaching consequences for people and material. The Amberg engineers have run through various scenarios to simulate the effects and development of fire. One of the possible scenarios is the fire of a train that comes to a standstill shortly before the tunnel. The jet fans are activated and ventilate towards the burning train in order to prevent the smoke from entering the tunnel and thus protect it.

Should a fire break out in a freight train that is still stopped inside the tunnel, the fire alarms react immediately. The jet fans are activated and ventilate towards the train before it comes to a standstill to protect the train driver.

Contact us to learn more about fire scenario simulations. Read more in the article in the magazine "Tramways & Urban Transit". 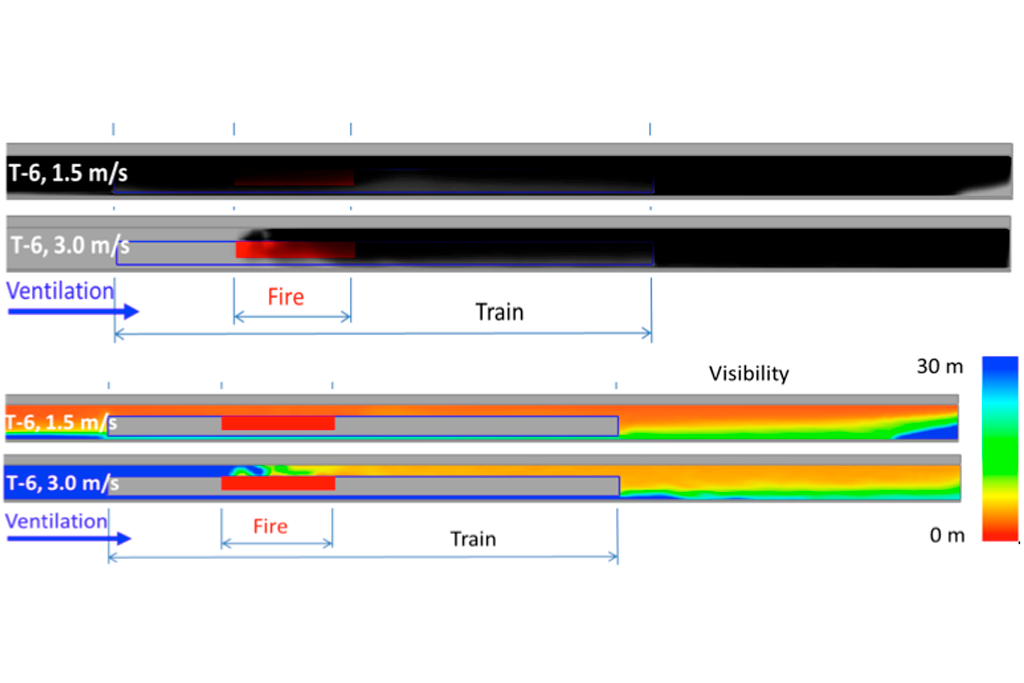 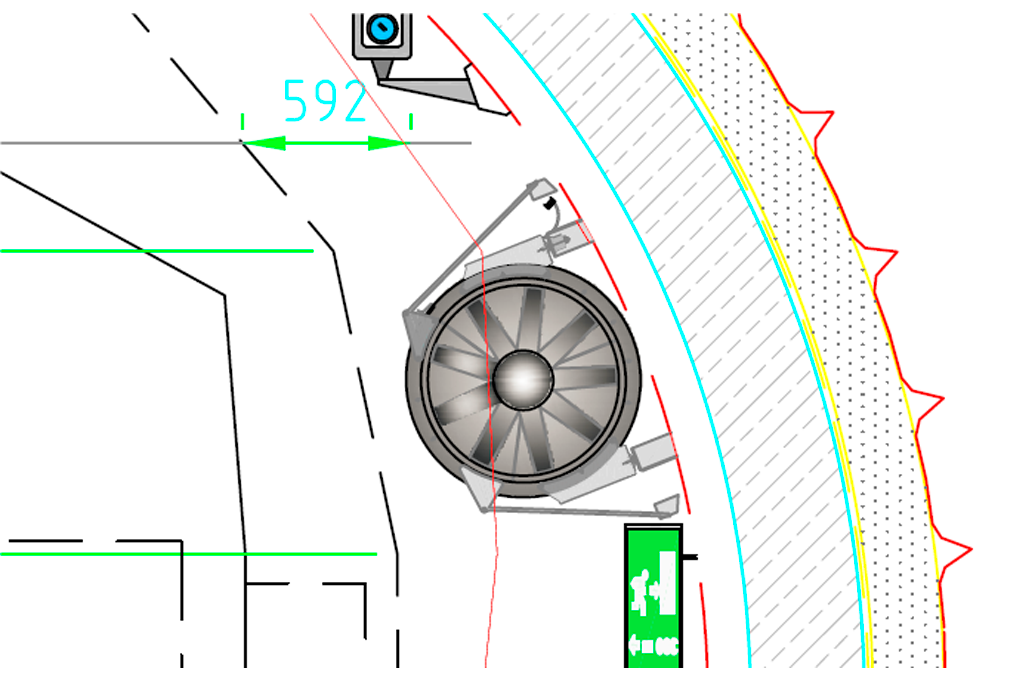 The ventilation in the tunnel during construction