The extraction of rock has a long tradition in the Schollberg quarry in eastern Switzerland. For ecological and licensing reasons, the activities were moved underground in 1985.

More than 200000 tons of calcareous rock is mined in the quarry every year. This is further processed into concrete, gravel and other quarry material for the construction of roads, tunnels as well as other infrastructures. The dimensions of the caverns are up to 12 metres wide and 18 metres high. They are arranged in a chessboard layout and extend several kilometres into the mountain.

Amberg carried out the feasibility study for the underground quarry and handled the approval procedures. Amberg was also responsible for the stability studies and the preliminary project. With its many years of expertise in the planning and construction of underground structures, Amberg was able to advise the client in a goal-oriented manner 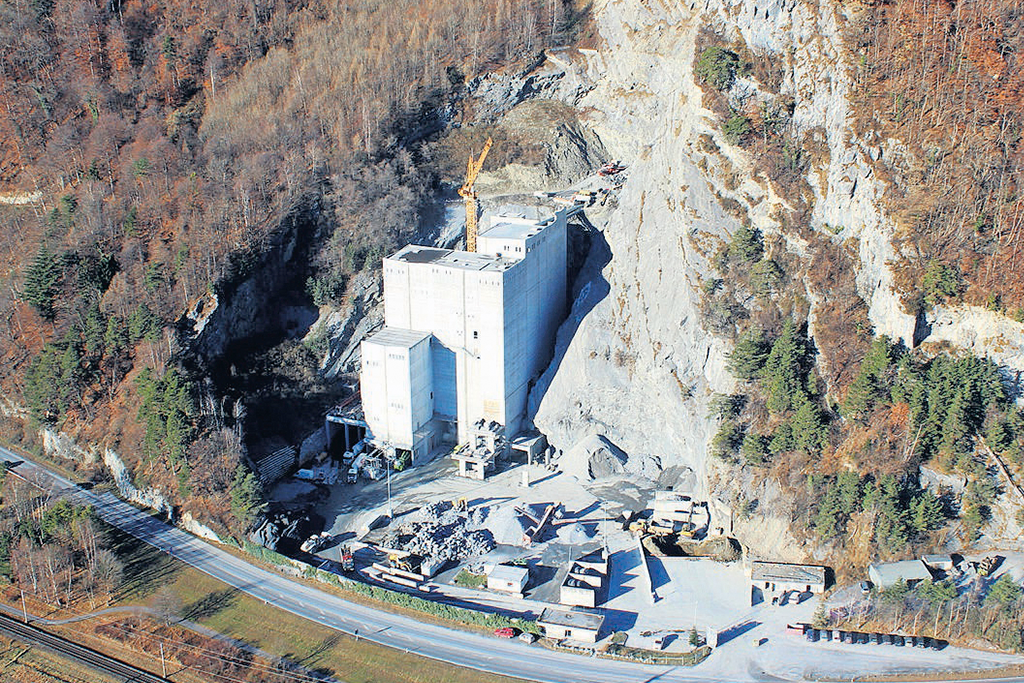 An exterior view of the Schollberg quarry 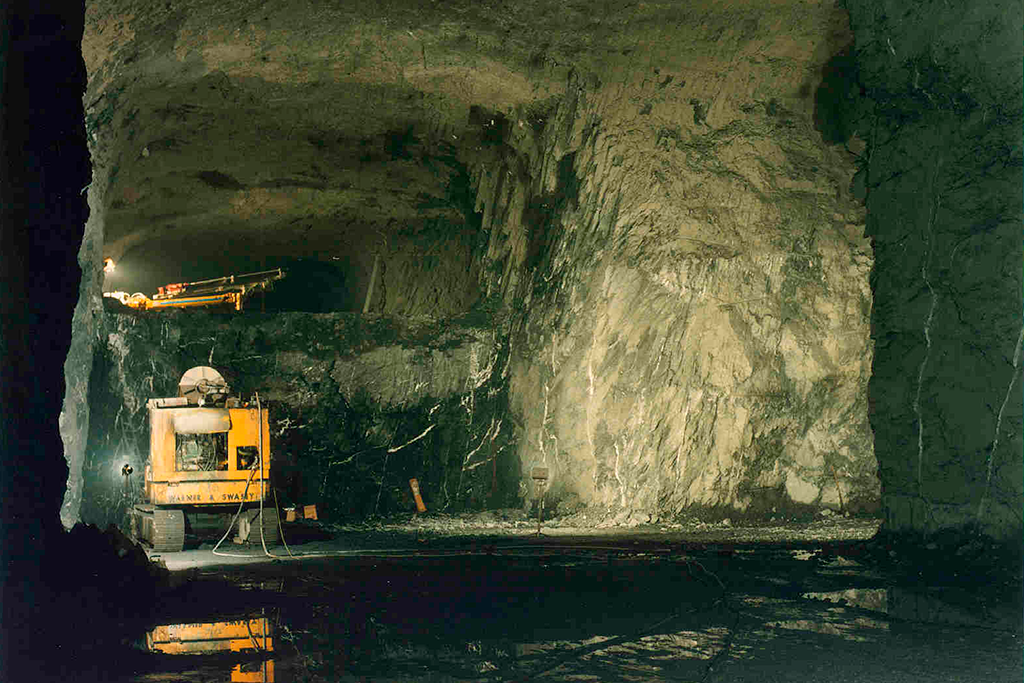 The quarry during excavation 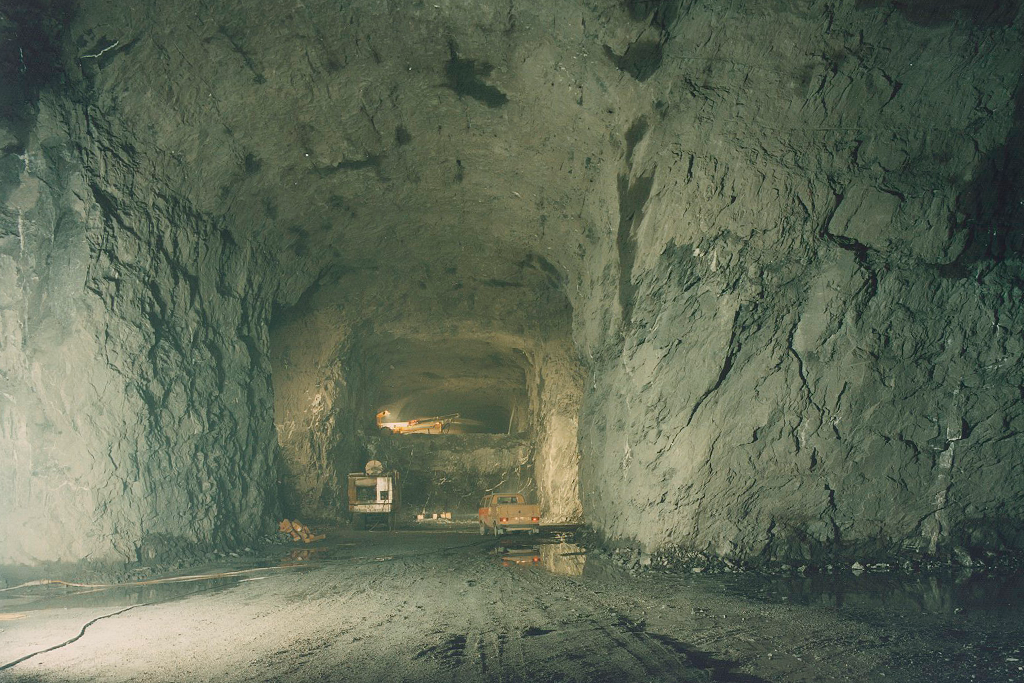 One of the caverns of the quarry during construction 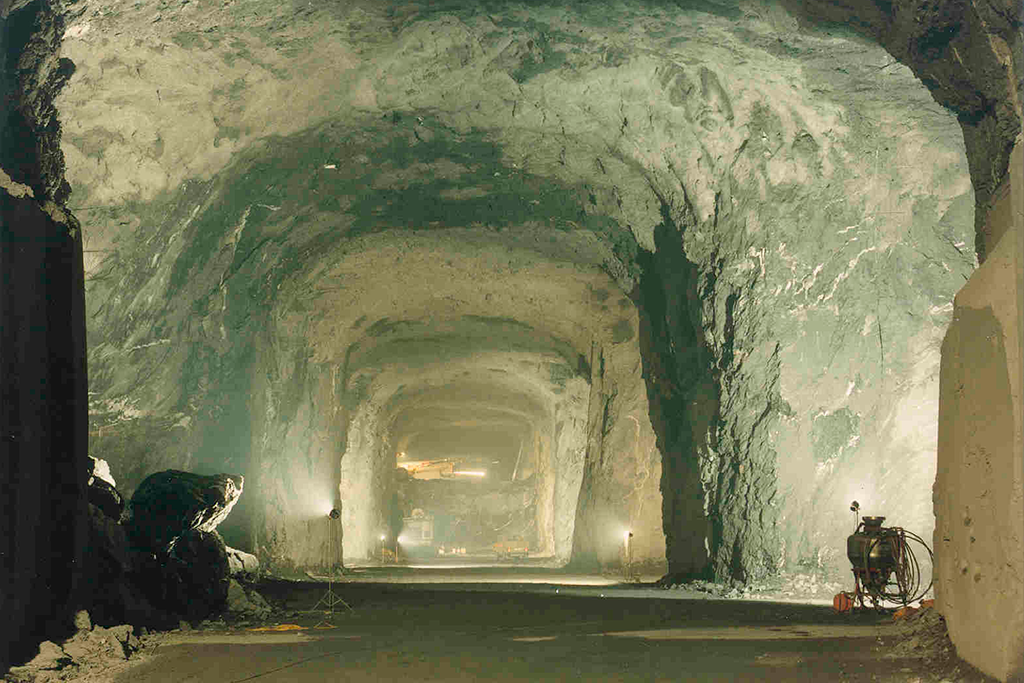 The largest caverns are up to 12 metres wide