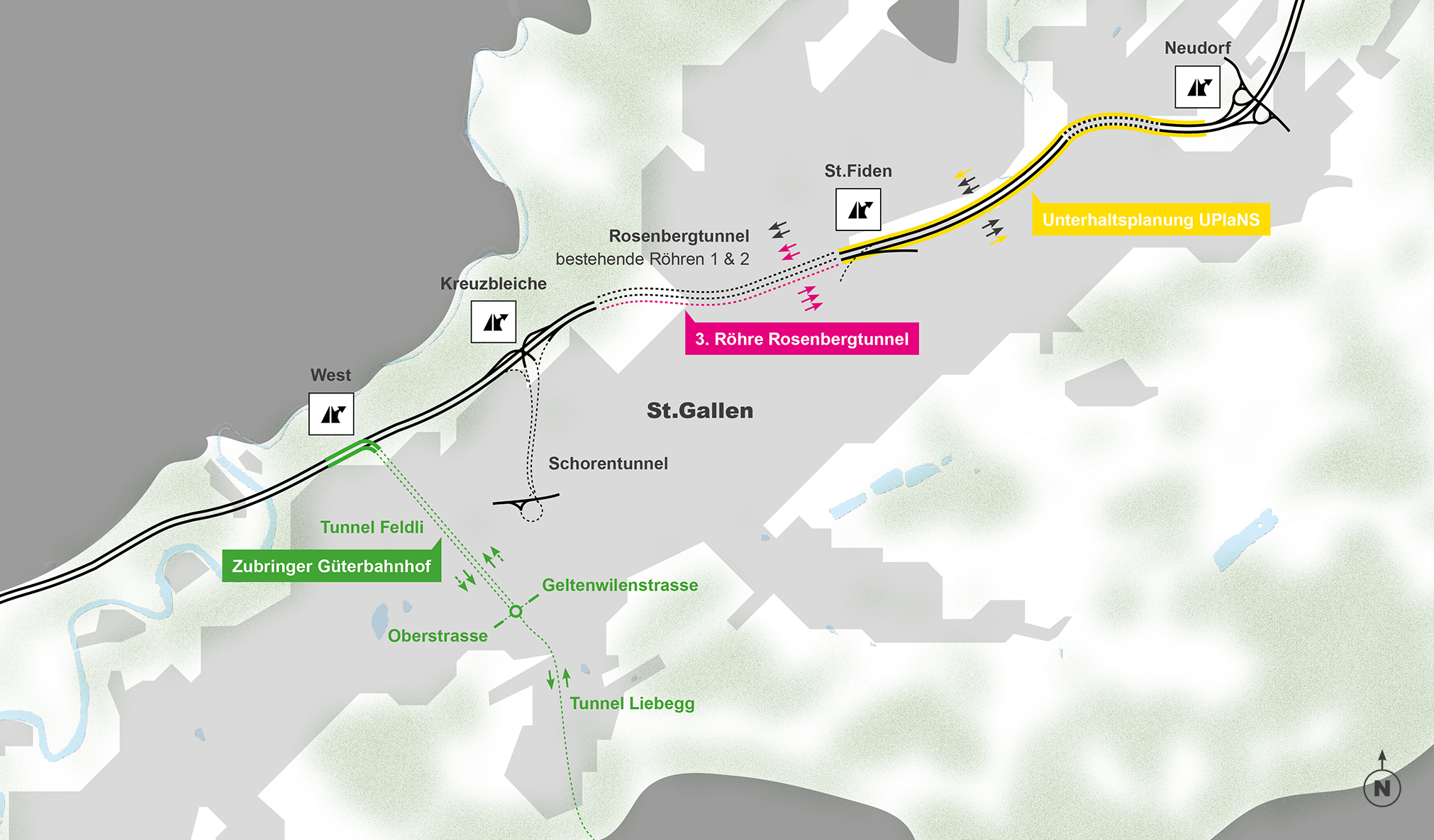 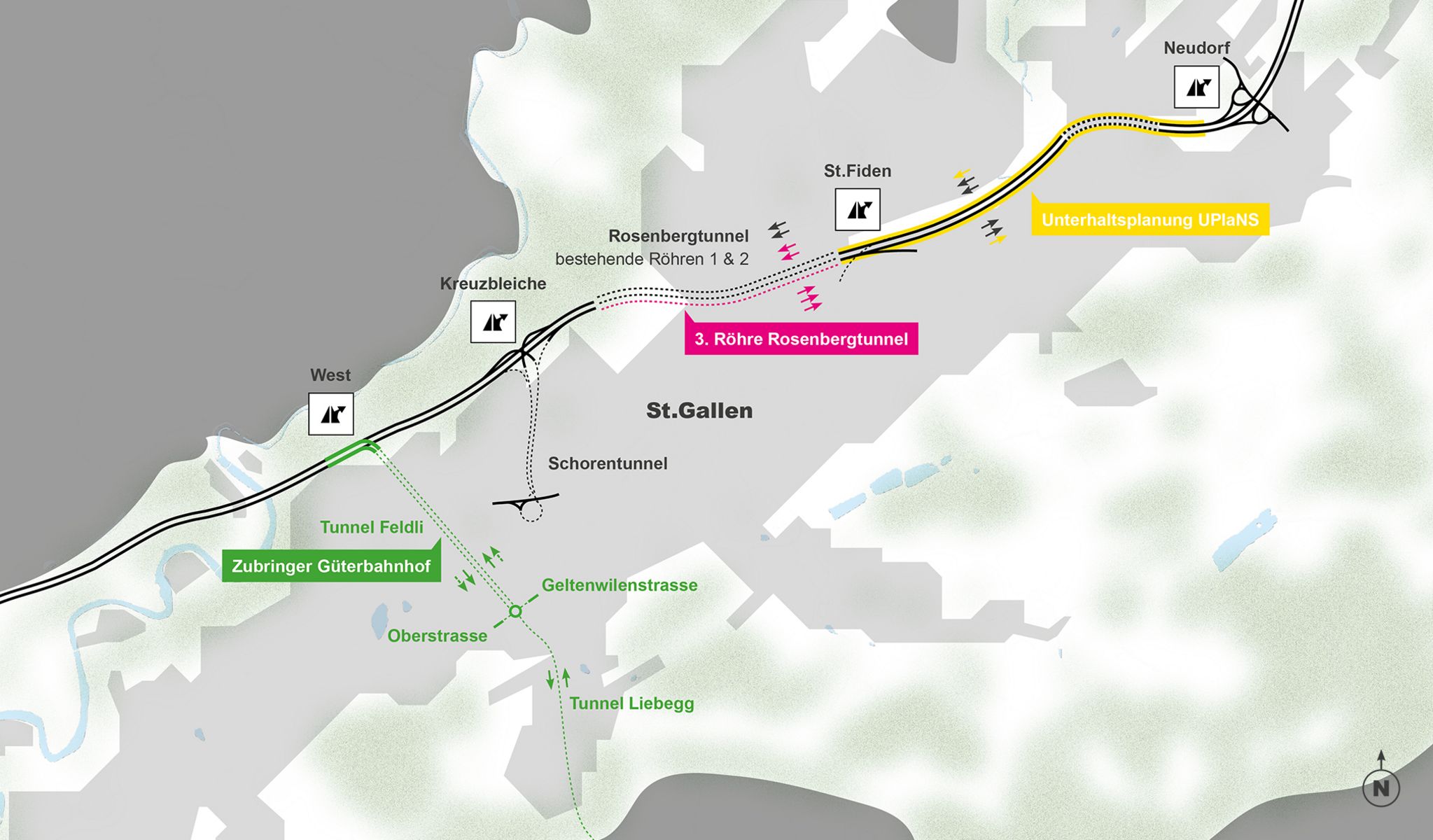 A major milestone was reached in the St. Gallen project, which includes the 3rd Rosenberg tunnel tube: the Federal Council approved the general project for the 3rd tube at Rosenberg. With this milestone decision, the 3rd tube is on the right track and is rightly listed as a key project at the Swiss Federal Roads Department FEDRO. The project enables the extensive renovation of the two existing tunnel tubes and ensures the long-term operation of the city motorway, eliminating bottlenecks.

The next step will be the execution project «3rd tube Rosenberg» with subsequent public review. Once the planning approval process has been completed, the Federal Roads Office (FEDRO) can work out the detailed project and award contracts for the work. The start of construction is not planned before 2030; the construction period is around six years.

The 3rd tube of the Rosenberg Tunnel is integrated in the Strategic Development Program (STEP) Nationalstrasse with the realization horizon 2030.

The two tunnel tubes through the Rosenberg in St. Gallen, which went into operation in 1987, have to be extensively renovated due to their structural condition in order to be able to continue to guarantee long-term operation. During the renovation, the respective tube to be renovated must be closed for a longer period of time. Since the existing tunnel tubes are being renewed one after the other, the new tube is available for traffic during the renovation. In this way, the difficult traffic situation on the national road and on the road network in the St. Gallen region can be avoided.